The Ex Man and the TattooedPawn

The ex man threatened a slightly older tattooed man over the phone and on Facebook. He should have been dumped, not allowed access to Black Girl’s friends list , but didn’t want one of his toys to get away. Why did the Black Girl want dates? Or affection? Loyalty? He had none of the resources for such things and felt it too much of a burden. After all, he knew some parts of a language and lied about passing as another race to seem even more attractive. After all, he had no similarities with Black Girl and none of the same morals and values.

Somehow, the tattooed man was lied to and took the lies from the Ex Man and decided to betray the Black Girl after meeting her. Maybe the tattooed man wanted to impress the younger guy or manipulated by him even after being threatened.

But, despite trying to seem cool and independent, smart etc, the Tattooed man was someone else’s pawn in a game. Maybe it gave him purpose despite being used like a puppet for someone he didn’t respect.

The Ex Man, and The Clingy and Bad Chubby Girls

(No, I am not dissing chubby girls. )

While the Black girl wanted to be free from the controlling, degrading, disloyal relationship, the Ex man wanted to keep her from enjoying any sort of relationship with other men who were smarter, more hardworking, more handsome, and funnier than he was. Who wanted to have competition when you could get low self esteem having women to fight for your (lack) of attention?

The Ex man pretended to be sad that the Black girl wanted to see other people and ACTUALLY date, and decided to gain pity from black girls who thought ANY sort of Asian guy was amazing. He messaged  her friends from the social club for hookups and naughty pictures, and they obliged, despite knowing they weren’t broken up (because his ego couldn’t handle it.)

One girl, cute and chubby was messaged from a state over and he invited her to the city. He then told his ex that the out of state chubby girl was clingy despite leading her on. He wanted a love triangle with them both so there would be some sort of fight, or that maybe Black Girl would feel jealous and try even harder, or to feel attractive despite having no redeeming qualities. But the chubby girl told the Black Girl what was up. Whether she actually spent the night with the Ex Man… that wasn’t stated…

The bad chubby girl actually tried to make a rendezvous with the Ex Man at a gym’s jacuzzi. She said to the group of college friends that she would never hurt a friend, yet the Ex Man told the Black girl that Bad girl was sexting him and showed the pictures they shared. “I’m sorry!! I just wanted to help with my pussy!” She said on a drunken call when confronted. But she seemed to still favor the Ex man who only saw black woman as sex objects who needed to have low self esteem and eat unhealthy and be fat so they wouldn’t leave him.

The black girl was speechless. “I guess I’m not your friend nor your social club sister” she thought.

After sticking up for Bad Girl, this is how she was treated? It shouldn’t have been a surprise… after all, Bad Girl ditched her for random guys, and stood her up when they where to meet up before.

Black Girl and the “Princyst”

The black girl was approached by a shorter girl with a princess, burikko type of mentality at an event. This new girl thought she was perfect and decided to pretend to be friends with the black girl. Who didn’t want to be in pictures with someone with a wide audience and who had a connection with a hot, smart, college guy? Think of the likes on new pictures and being praised on being Asian! Think of snatching a guy away from someone! How fun! She thought.

The Black girl accepted her into the social club, not seeing the real side of things.

The “princess” acted chummy with her and the social club, whilst throwing shade at other members who weren’t arrogant and had passion and real interest in the club. The “Princess” seemed to act like some of the bigger girls should lose weight and seemed to make a big deal out of it while the black girl seemed to be put off by the remarks, even sticking up for the members that were put down  Why was it her business if they were bigger or not? They weren’t less than just because they happened to be bigger!

Months later, the “Princess” befriended the Black Girl’s ex despite him being a cheater and wanting to be a bum… but maybe they were birds of a feather. Not into school or education, but sex, and pretending to be friends with people then ditching them at the worse times.

The girl felt no remorse for betraying the Black Girl and making it seem like it was her fault. After all, why feel guilt when you think it’s ok? She told Black Girl that she was all alone with everything, and to just deal with the betrayal on her own. After all, the “Princess” used her all up, and tossed her aside for someone better who wouldn’t constantly remind her of her behavior. 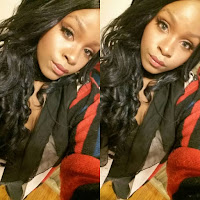